Sticking for the perception of "Creating products of top quality and producing friends with people today from all around the world", we constantly place the desire of shoppers to start with for Fixed Competitive Price China MST® ZnO 997 ZnO 997, Our Firm Core Principle: The prestige initially ;The quality guarantee ;The customer are supreme.
Fixed Competitive Price ZnO 997 ZnO 997, Welcome to visit our company, factory and our showroom where displays various hair products that will meet your expectation. Meanwhile, it is convenient to visit our website, and our sales staff will try their best to deliver you the best service. You should contact us if you require more information. Our aim is to help customers realize their goals. We've been making great efforts to achieve this win-win situation. 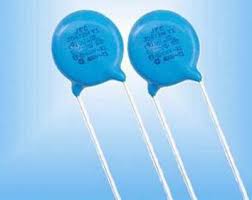 *Room temperature stable MST® ZnO 997 ZnO 997 has a wurtzite crystal structure, in which oxygen ions are arranged in a hexagonal close-packed manner, zinc occupies half of the tetrahedral gap, and each ion is not strictly tetrahedral symmetry.

*The hardness of zinc oxide is about 4.5, which is a relatively soft material. The elastic constant of zinc oxide is smaller than that of group III-V semiconductor materials such as gallium nitride.

*ZnO 997 ZnO 997 has good thermal stability and thermal conductivity, high boiling point and low thermal expansion coefficient, which is useful in the field of ceramic materials.

*The band gap of ZnO 997 ZnO 997 energy band is 3.2-3.4eV, and ZnO 997 ZnO 997 should be an insulator at room temperature. Due to the large structural gap, Zn can easily enter the gap and form Frenkel defects. Or because ZnO 997 ZnO 997 decomposes at high temperature to produce excessive zinc and ionizes, it enters the gap and forms interstitial ions, causing shared movement of electrons in the structure to form an n-type semiconductor. Among various semiconductor materials with a tetrahedral structure, ZnO 997 ZnO 997 has the highest piezoelectric tensor. This characteristic makes zinc oxide one of the important materials for mechanical and electrical coupling.